﻿﻿Greek tragedy was a popular and influential form of drama performed in theatres across ancient Greece from the late 6th century BCE. The most famous playwrights of the genre were Aeschylus, Sophocles and Euripides. Tragedy led to Greek comedy and, together, these genres formed the foundation upon which all modern theatre is based.﻿﻿ 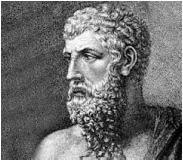 The comedy was born in ancient Greece (late 5th century BC ) , which is predominantly satirical and deals mainly with the politics of the time, the average (early 4th century BC ) and the new comedy ( 4th-3rd century BC), which raises their interest in family life and study of characters.