Greece is situated in southeast Europe (at the southern end of the Balkan peninsula)  bordering Albania, Fyrom and Bulgaria to the north, Turkey to the east and the Mediterranean Sea to the south and west. It has 15 km of coastline and 3000 islands (the islands account for one-fifth of the country's land area).

Greece has a warm Mediterranean climate with dry hot summers,  (in July and August temperatures usually reach up to 35°C,sometimes even 40°C ). Winters are mild in the south but much colder in the mountainous north, where it is not uncommon to see snow and temperatures falling to well below zero. November to March is the rainy season, most notably on the Ionian islands. 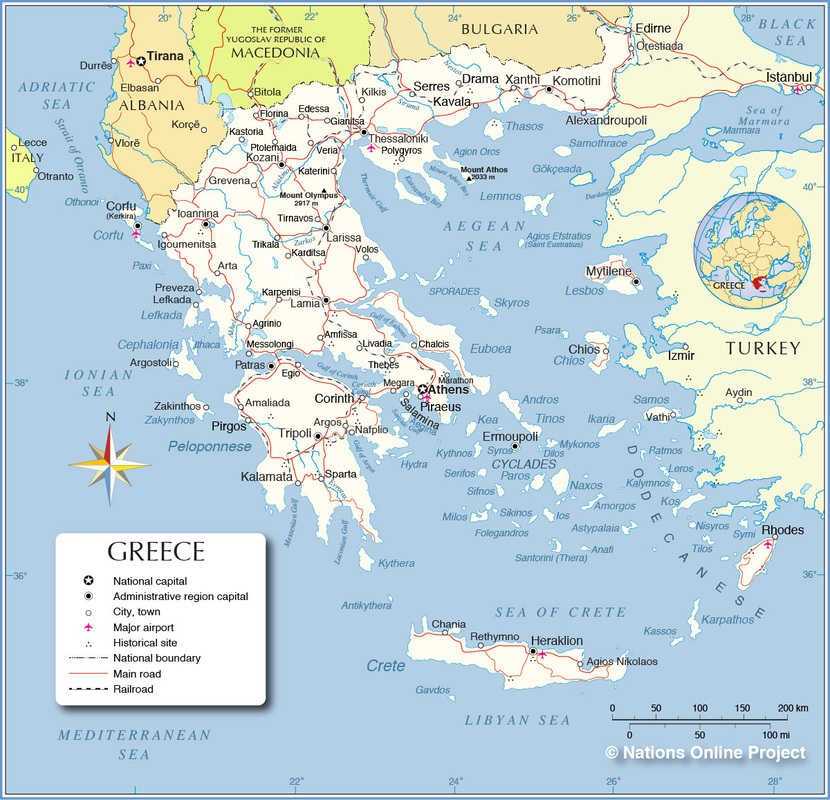