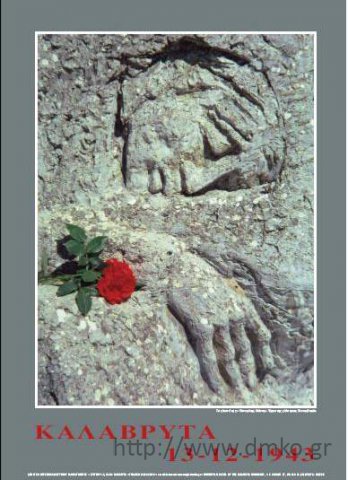 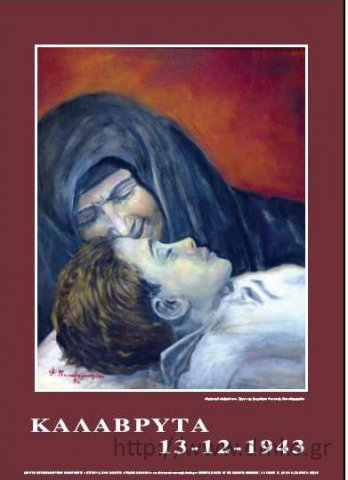 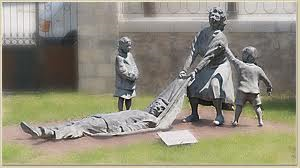 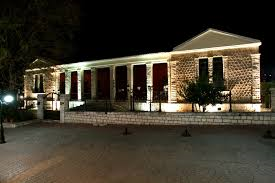 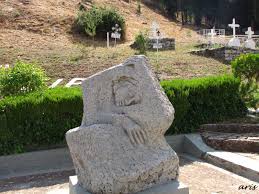 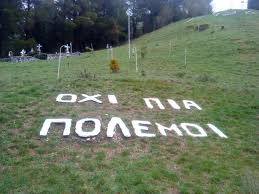 Translation of the message written in the last photo (found next to the place of  Kalavrytans' martyrdom): NO MORE WARS
On December 13th, 1943, the Nazi troops ordered all residents of kalavryta to get to the school yard. They locked up women and children in the school and gathered all male residents, older than 13 years old, on the top of a hill, outside the town. They set the school on fire and killed almost all 700 men; only 13 of them managed to survive. The women and the children locked up in the burning school could see their husbands, sons, fathers and brothers being killed. Finally, the women managed to escape from the burning building. It is said that an Austrian soldier helped them to get out. The following days were awful: the women had to bury their beloved persons and family. They were also homeless and had nothing to eat, because the Germans had burned the whole village and nearby fields and had taken all food with them.

﻿Odontotos is not just a train. Vouraikos gorge and Odontotos rack railway, is a unique attraction in Greece. An area full of towns, villages, unique environment and the scent of Greek life. About 113 years ago Odontotos rack railway started from the seaside town of Diakopto parallel to the river and climbed to Kalavrita through bridges and tunnels ﻿(Length of the network : 22,350m). 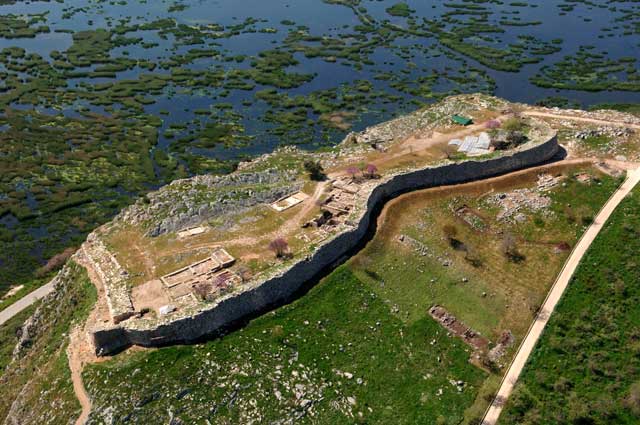 The Dymaean Wall or Kalogria Castle is a prehistoric acropolis in western Achaea. It  was built in the Mycanaean period, probably around 1300 BC, but human occupation  started already around 3500 BC. It was deserted in the 18th century. During World word II it was used again by occupying Italian forces, which built a number of military installations on the site and damaged the prehistoric fortifications.

4. the cave of lakes 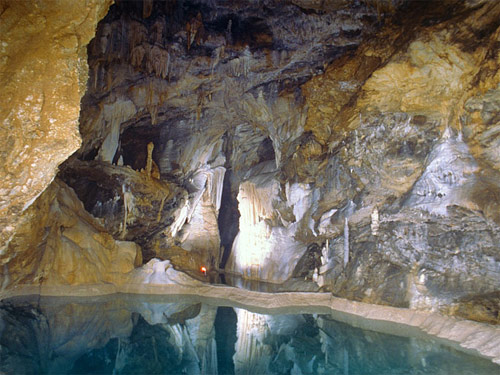 The Cave of the Lakes is located 16.5 km from Kalavryta. It  has something exclusively unique. The 13 consecutive cascading lakes, making it unique in the world. The developed part of the cave is 500 m., while the total length is 1,980 m.  Visitors enter the cave through an artificial tunnel which leads directly to the second (of three) floor. They can cross the lakes through man-made bridges. On the ground floor of the cave were found fossilized human bones and various animals. 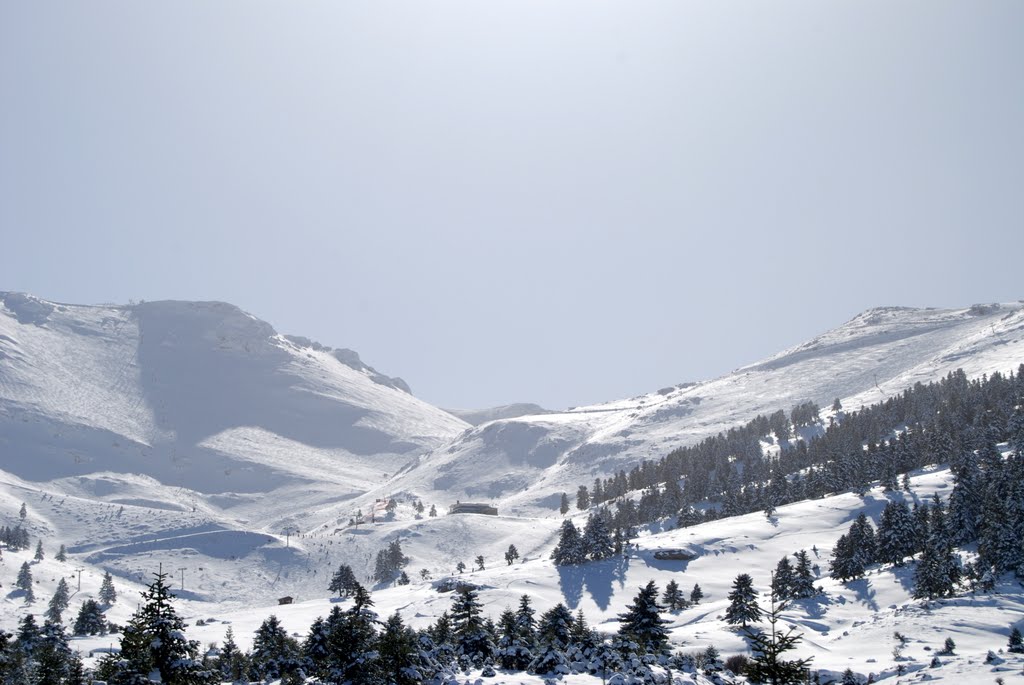 On Mt. Helmós, (height 2,340m), we find the most important ski resort in Peloponnese. It is the 2nd largest ski resort in Greece It has got 12 ski runs (2 difficult, 2 intermediate, 6 easy & 2 very easy) of 20km in length, 2 chair lifts and 5 ski lifts, special grounds for snowboarding and extreme games, and other winter attractions, such as a special moguls ski run, and a snowboard park. Visitors at Helmós mountain can also find coffee shops, snack bars, restaurants, ski rental facilities and sporting goods, organized ski school and First Aid Station.